Free Speech No Longer Ends at the Schoolhouse Gates

The McCormick Foundation talked with Frank LoMonte, Executive Director of the Student Press Law Center (SPLC), on a bill recently signed by the Illinois Governor that protects First Amendment rights for high school journalists in the state. The bill would reverse the effects of the 1988 Supreme Court case Hazelwood School District v. Kuhlmeier, a decision that gave high school administrators the power to censor school-sponsored content if they had a “reasonable educational justification.”

McCormick: Tell us about the new law that was passed in July 2016 to protect high school journalists from censors.

LoMonte: In July, Illinois Governor Bruce Rauner signed a law (HB 5902) that protects high school journalists against censorship. The new mandate, introduced by Rep. Will Guzzardi (D-39), a former journalist, also prevents school administrators from retaliating against school employees for protecting a student journalist’s right to free speech. However, it does not protect expression that violates the law or threatens to incite a disturbance. 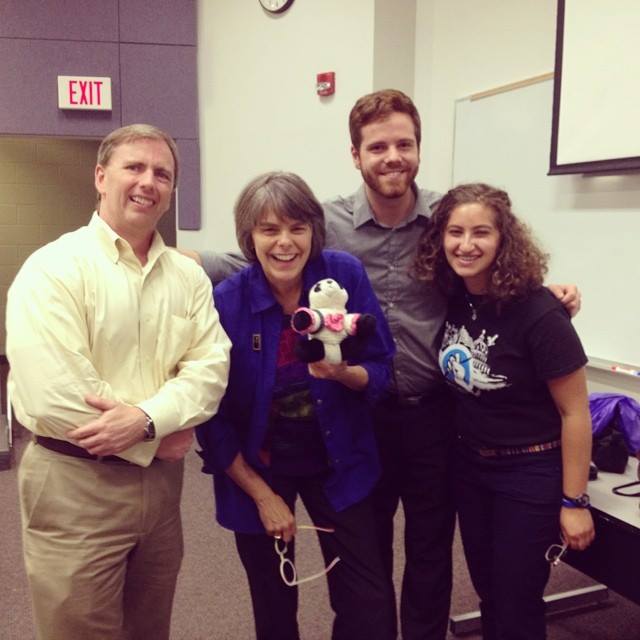 McCormick: This bill is part of a nationwide movement, New Voices. What is that initiative? What other states have implemented a similar measure?

LoMonte: New Voices is a student-powered grassroots movement, led by the Student Press Law Center (SPLC) that mobilizes coalitions of students, educators, lawyers and civic leaders across the country to pass common sense reforms that protect student journalists from censorship. This important movement was ignited after a group of students and their professor at the University of Jamestown took a stand against censorship of student journalists at their school. This effort eventually led to the passage of the John Wall New Voices of North Dakota Act in 2015. The law, which ensures free-speech rights of journalism students in North Dakota public schools and colleges, passed unanimously in the state legislature with strong support across the ideological spectrum.

After the North Dakota legislations, our phones were bombarded with calls from teachers and students from coast to coast saying "me next." Since 2015, both Illinois and Maryland have passed New Voices bills. This brings us to a total of 10 states that have statutes to protect students from censorship. There is legislation still pending in Michigan, Minnesota, and New Jersey. We expect to see at least four additional bills in 2017 and possibly as many as nine.

McCormick: What inspired you and the Student Press Law Center to fight so passionately for this legislation across the country?

LoMonte: All you have to do is spend a day answering the phones at the SPLC to realize how pervasive censorship is in our schools and how it can drastically impact school climate. We get hundreds of calls every year from amazing young people. One such individual is Abby Melton. Abby was a student journalist ordered by her high school principal to rewrite a quote that would portray her school and the administration in a better light. When she questioned the order, she was issued a disciplinary write-up, and the had her subsequent article about First Amendment rights in schools yanked from the publication because the school insisted that students relinquish their First Amendment rights once they enter the school.

This is just one of many stories that cross our desks at the SPLC. Censorship of student journalists is the "canary in the coal mine" telling us that that school leadership doesn't respect the input of students, parents, or teachers. There is academic research that shows teenage girls absorb a vast majority of school censorship and, in turn, learn not to speak up on issues affecting them and/or their communities. As educators and rights advocates, it is our job to coach young women to have the confidence, disposition, and ability to lead our newsrooms, schools and businesses, not to hold them back. 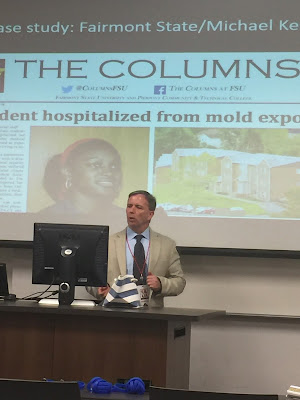 McCormick: Why is this law important for Illinois high school students?

LoMonte: Even though the law primarily benefits student journalists, it truly benefits everyone who is concerned about the quality of education in Illinois. Students are the "embedded journalists" on the front lines of education, and they're in a unique position to sound the alarm if their schools are dirty, dangerous or ineffective. In fact, it has become so difficult for professional journalists to get access to schools today that if student journalists can't blow the whistle on their schools' shortcomings, it's very likely that no one else will. School administrators are government officials, and if the First Amendment means anything, it means citizens get to criticize the performance of government officials and advocate for better government services, which is exactly what student journalists are trying to do every day.

McCormick: How are you going to ensure high schools adhere to this new law?

LoMonte: We're working in Illinois and in every state to keep these successful New Voices coalitions together and to keep finding new ways to engage them, standing guard to make sure press freedom exists in reality and not just on paper. But that's the constant challenge. California has had the nation's strongest press-freedom law since 1977 and it's still the state that produces the most complaints to our hotline, even today, because school administrators and their lawyers are so poorly trained when it comes to student rights. Ultimately, we need to work more closely with colleges, in Illinois and around the country, to ensure student rights are incorporated into the curriculum in a respectful way. That way, student rights are taught to every principal-in-training so these ideals are embedded into their practices when they become principals. I hope we don't need to bring cases to court to remind schools that the law exists, but we're fortunate to have a network of nearly 200 volunteer lawyers around the country who won't hesitate to defend student rights if the law is disregarded.

McCormick: How do you anticipate this bill will impact civic engagement among Illinois youth?

LoMonte: We've been letting schools get away with "low-impact civics" for way too long. Schools enthusiastically support civic engagement when civic engagement means playing a simulation game in a social-studies class, but when students actually try to engage civically on the issues on which they have a knowledgeable insider's perspective, way too many schools shut them down. Journalism is participatory civics. It's the way that young people first find out that there's a school board and a state legislature with enormous power over their lives, figure out how they work, and figure out how to explain those workings to the rest of the community. Censorship of journalism teaches the most toxic civics lesson imaginable—that you cannot criticize the government. We can't be surprised if schools are turning out civically disengaged students when that's their first interaction with government authority. The New Voices of Illinois law is going to make school a more empowering place for student voices to be heard.