As a young boy, I developed an early interest in politics, thanks in part to the influence of my parents and grandparents. I recall my father bringing me along with him to vote, my paternal grandmother taking two newspapers each day and faithfully watching gavel-to-gavel coverage of the party conventions, and my maternal grandmother meeting with her alderman at the kitchen table.

Now, with two kids of my own, I’ve tried my very best to pass the torch, modeling these same behaviors and demonstrating my daily commitment to strengthening democracy in Illinois. However, democracy is not a solitary sport. Schools, community members, and families must come together to educate the next generation to collectively discuss and resolve common problems. 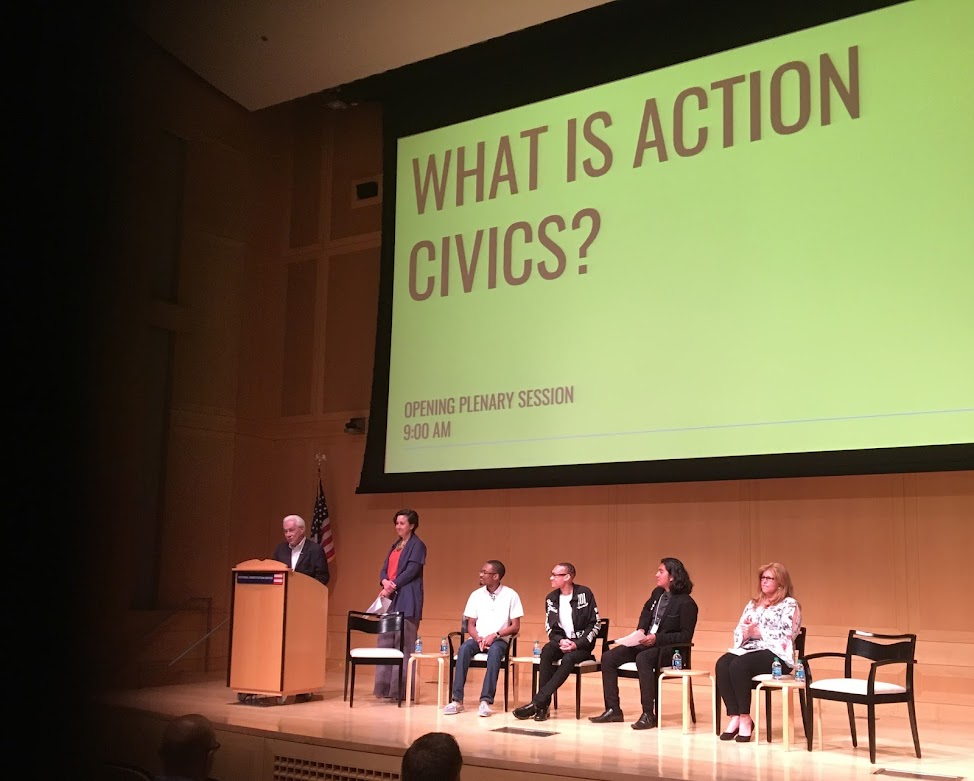 In early August, I attended the 2017 Summer Convening of the Action Civics Initiative in Philadelphia where I participated in a Facebook Live session sponsored by Pearson. During the session we discussed how high quality civic education needs to go beyond the schoolhouse gates.

The Robert R. McCormick Foundation has been working to institutionalize this approach through the Illinois Democracy Schools Initiative. Democracy Schools are high schools that are dedicated to expanding and improving civic learning experiences across the curriculum. Each school undergoes a school-wide civic assessment.

The Foundation believes civic education is a shared responsibility and encourage schools to include students, teachers, administrators, community partners, and parents in the assessment process. The best outcomes occur when families, community members, lawmakers, and schools, work together to build the civic capacities, commitments, and connections among youth necessary for informed, effective, and lifelong engagement in our democracy.

Unfortunately, many national high school civics teachers don’t feel supported by parents. One in four, according to the Center for Information Research on Civic Learning and Engagement, believe that parents and/or community members do not approve of them discussing political or controversial issues in the classroom. And, when it comes to teaching about elections, only 28 percent of educators believe that parents would encourage these practices.

Scholars Michael McDevitt and Spiro Kiousis examined the interplay of students, parents, and schools in the political socialization process. They found innovative curriculum promoted the civic development of high school students along with parents by stimulating news media attention and discussion in families.

Thus, this symbiotic relationship between parents and school-based civic learning has mutual benefits for student and parent alike. It bears nurturing beyond teaching about elections and deliberative discussion, including youth participation in the public policy process.

The family plays a prominent role in youth civic development. Help model and support responsible civic behaviors in your home by: