This article is the second in a series, written by program officer Andres Torres, introducing the Democracy Program’s work in journalism. Read our prior post to learn about our goal to create an information-rich region. 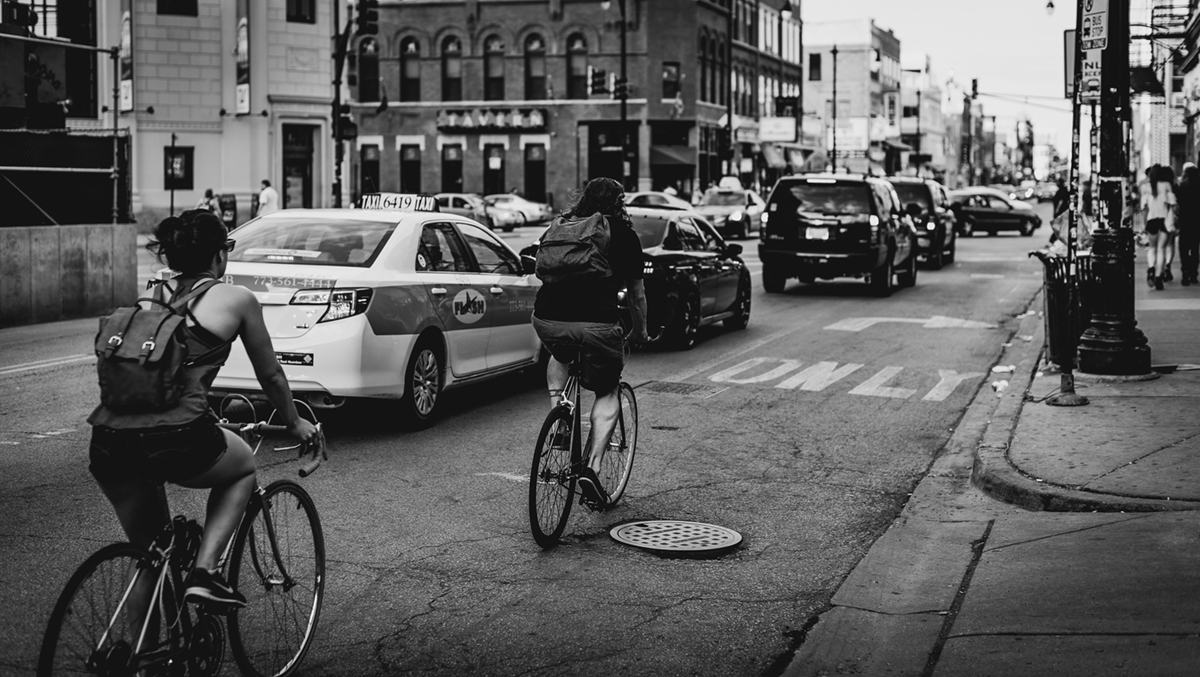 In 2015, 15 locomotives operating in five Chicago railyards were upgraded. There are likely hundreds of locomotives operating at any given time in our region, so are 15 new ones significant? To some, including residents living near those railyards, they might have been. The government invested almost $20 million to upgrade the old engines because they were releasing over 7.5 tons of particulate matter and almost 200 tons of nitrogen oxide annually. The overhauls cut emissions by about 75%, comparable to taking about 10,000 cars off the road.

In 2014, concerned citizens noticed healthy trees being cut down in their neighborhoods. There are often worthwhile reasons for taking down live trees, but these residents were unsure. They brought their concerns to a local environmental organization that investigated these claims. It examined public records and confirmed hundreds of live, healthy trees had been removed, despite a backlog of thousands of dead, standing trees remaining, and in contrast to the municipality’s environmental position that acknowledged the role trees play in improving air quality and addressing chronic flooding.

Should these stories be told? It’s not for me to say, but the McCormick Foundation sponsored a study that revealed last year that only a third of Chicago’s residents believed the media were doing a good or very good job covering the issues that most mattered to them. Americans continue to value news, especially local news. It is a resource critical to active and informed civic engagement.

The health of democracy in the Chicago region requires a local news ecosystem with a broad range of reporting that is sufficiently deep and accessible to inform and inspire residents in their civic activity. Yet, the media landscape is eroding. Reporter and correspondent jobs in newspaper publishing have decreased almost 50% nationwide from 2005 to 2017, with a less grim, but still serious decline in radio, TV, and even digital media.

Presented with this challenge, the McCormick Foundation sees an opportunity to improve democratic practice in our region by investing in efforts to enhance and extend the information available to citizens.

Our first journalism strategy is to continue to support organizations and initiatives that provide essential public affairs coverage and help them broaden and deepen their reporting. When considering the evidence of increasing resource constraints at outlets, especially for reporting that takes more time to tell deeper stories, we see an opportunity for philanthropy to continue to support newsrooms to bring a broader array of questions into our civic discourse and dive deeper to explore and explain their interconnection.

How we can best support newsrooms is a question we are continuing to explore and intend to keep doing so with our journalism partners. A primary vehicle will be our grantmaking. In 2018, the Democracy Program supported eight news outlets with a mix of general operating funds and support for projects that expanded the breadth and depth of stories available to the public. For example, we supported Injustice Watch’s robust coverage of Cook County’s judicial system in the run-up to the November 2018 elections, when voters rejected an incumbent judge for the first time in 28 years.

The Foundation remains committed to partnering with outlets that are producing high-impact stories on public issues and increasing the volume, variety, and quality of reporting in the region. As we evaluate partnership opportunities, we will be seeking outlets that prioritize engaging with communities to ensure that the civic potential of broader and deeper reporting is realized.

We are also interested in supporting newsrooms that emphasize collaboration over competition, recognizing the advantages this disposition presents for optimizing limited resources to deliver a broader impact. Finally, we seek organizations aligned with McCormick’s commitment to embrace diversity and inclusion and create equitable opportunities.

Chicago has incredible reporters and high-achieving newsrooms. In them, we see promise to explore so many more stories. In our work, we see an opportunity to support these efforts. Whether these new stories investigate our transportation infrastructure and the policies that shape it, the challenges of our criminal justice system, the promise of our educational system, the opportunities for improving environmental policy, or other issues, we hope to invest our resources in building deeper and more inclusive narratives that inform and activate citizens to engage with the world around them.

The Democracy Program is currently accepting applications from nonprofit organizations that believe their work helps advance our goal to broaden and deepen public affairs reporting in the region. We are also accepting applications for work supporting our other three journalism strategies, which you can learn about on our website and read more about on this blog.