This article is the fifth in a series, written by program officer Andres Torres, introducing the Democracy Program’s work in journalism. Read our prior posts to learn about our goal to create an information-rich region and our three other strategies to support this goal: telling the untold stories, enhancing collaboration, engagement, and entrepreneurship, and investing in human capital.

The McCormick Foundation’s commitment to defending press freedom originates with our establishment. As Robert R. McCormick wrote in his will, he hoped his charitable trust would use his bequest “to assist in repelling any attacks upon the right of freedom of speech and freedom of the press.”

He recognized that informing the public, the central responsibility of the press, carries risk. In the U.S., the First Amendment to our Constitution sought to mitigate this risk and provide the American press a protection from censorship to which the English press was vulnerable.

Over two centuries since the First Amendment was ratified, informing the public remains a challenged practice. Sometimes these obstacles are evident, such as government action to prevent publication of information. The U.S. government famously tried to do this during the Vietnam War when it went to the Supreme Court to prevent the New York Times and the Washington Post from publishing the “Pentagon Papers,” classified government documents about the war. In 2017, Steven Spielberg dramatized this historic victory for the press.

Yet, orders of prior restraint are not just historical practice. In just the past few months, ProPublica Illinois and the Chicago Sun-Times have been prohibited from publishing information they uncovered in the course of their reporting. According to the U.S. Press Freedom Tracker, an order of prior restraint is “relatively rare,” but especially serious because it prohibits an organization with no connection to a case from publishing information it independently collected.

Prior restraint is just one of myriad legal challenges journalists face in the course of reporting. Denials of access and chilling statements can stymy an investigation at its outset, while private defamation suits and subpoenas for a journalist’s notes and sources can place a punishing burden on reporters and their outlets after stories are published.

The U.S. Press Freedom Tracker highlights recent threats to press freedom, including chilling statements, denials of access, orders of prior restraint, and physical attacks on journalists, but these reports are indicators of a potentially broader current legal risk to journalism. My colleague at the Democracy Fund, Estizer Smith, lays out in a recent piece a concerning description of how mounting public and private assaults on journalism are coming at a time when it is at its most vulnerable financially, politically, and socially. These threats include disturbing action that is reported upon, as well as insidious public and private assaults that we don’t yet know of or understand.

A committed defender of press freedom, McCormick famously funded, out of his own pocket, a case cited by the Supreme Court in repudiating the government’s claim against the Times and Post. Chicago Tribune reporter Ron Grossman recently reminded readers of McCormick’s ties to the precedent-setting Near v. Minnesota, noting that so important was this 1931 Supreme Court verdict affirming “the primary need of a vigilant and courageous press, especially in great cities” that an excerpt from the majority opinion was etched into the wall of the Tribune Tower lobby.

Against this backdrop of public, private, known, and unknown threats to press independence, and building on the Foundation’s longstanding work in support of press freedom, the Democracy Program is committed to continuing to support organizations that defend the press, such as the Reporter’s Committee for Freedom of the Press, the Student Press Law Center, and, locally, Citizen Advocacy Center and the Better Government Association. Their efforts are important, but we recognize the threats are evolving and news outlets’ capacity to withstand them, especially locally, are weakened.

Therefore, in executing our fourth journalism strategy, our first priority is to better understand the types of supports local outlets need. We will then use this knowledge to structure additional interventions that will help ensure local conditions continue to support a vigilant and vigorous press that can meet the information needs of all our local communities.

In the meantime, the Democracy Program is accepting applications through June 15, 2019 from nonprofit organizations that believe their work helps advance our goal to defend press freedom. We are also accepting applications for work supporting our other three journalism strategies, which you can learn about on our website and read more about on this blog. 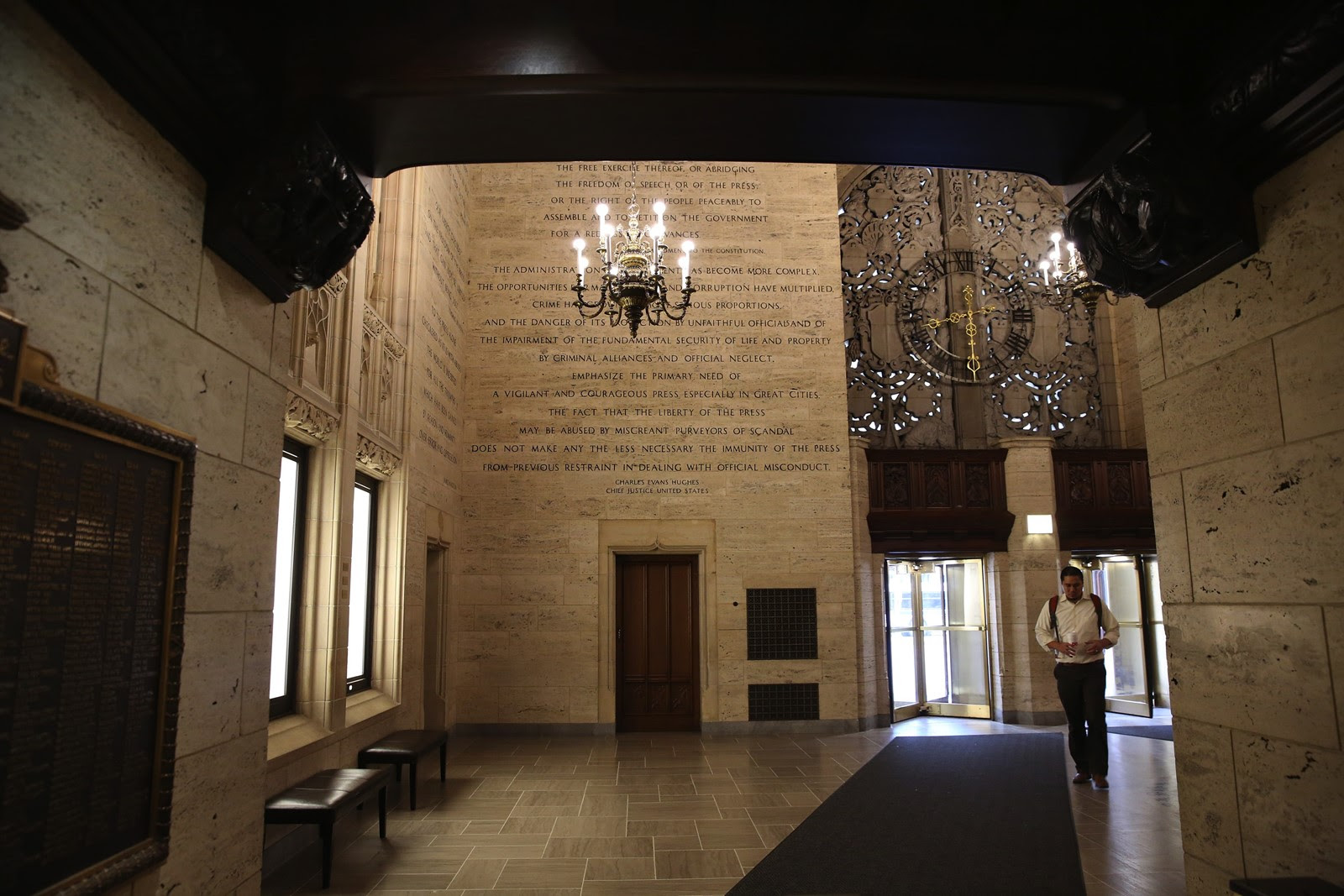