In July, John Chrenka (age 94), WWII veteran from Berwyn, Illinois, received the Legion of Honor medal—the highest distinction awarded by France. This honor was given to him for his service in Omaha Beach and across northern France.

John Chrenka enlisted in the army in 1942 and served until the war ended in 1945. He accepted his medal from French Consul General, Vincent Floreani at the First Division Museum at Cantigny Park in Wheaton.

During the ceremony First Division Museum’s Andrew Woods performed a song that Chrenka wrote as a young soldier in England. As Andrew sang, Chrenka remembered every single word of his song and, in a soft voice, began to sing along.

This is the latest honor for the already decorated Sergeant Chrenka who also has a Bronze Star and fought in the Battle of the Bulge. 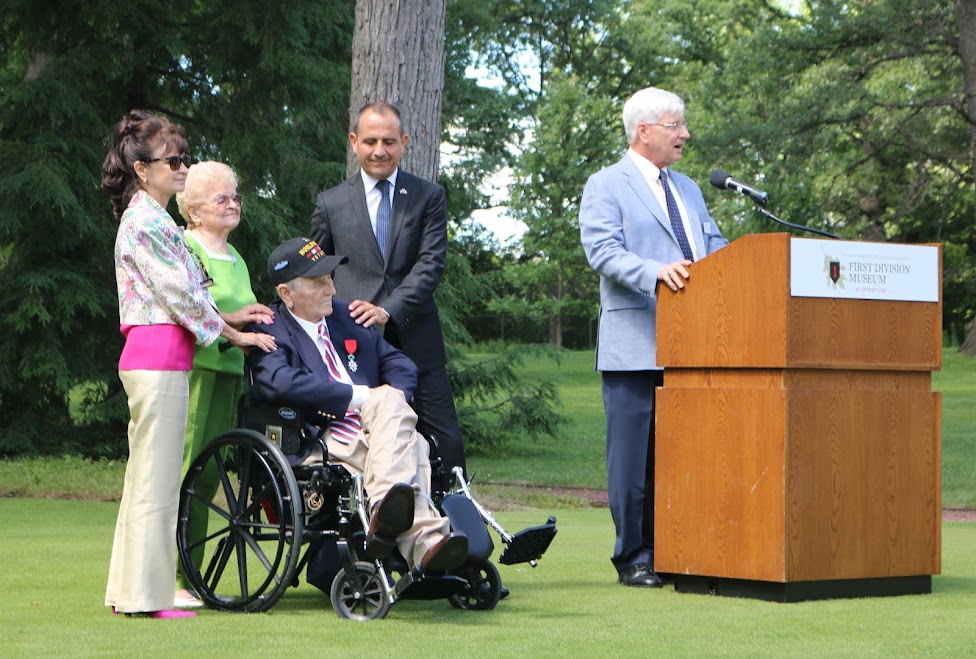