This summer, the Robert R. McCormick Museum at Cantigny Park in Wheaton, Illinois, obtained a painting by Chicago Tribune artist James Sessions. The painting depicts a meeting between Abraham Lincoln and Chicago Tribune editors, Joseph Medill and Dr. Charles Ray. Lincoln was seeking advice regarding a speech that he would be giving in New York the following year. This speech was famously known as the Cooper Union speech, which was considered to be one of his most important speeches of his career. Some historians argued that it was this speech that was responsible for his victory in the presidential election later that year.

Joseph Medill and Charles Ray were fierce advocates of Lincoln. Their allegiance was formed during the senate race against Senator Stephen Douglas. During that election the Chicago Tribune published several articles and editorials praising Lincoln. 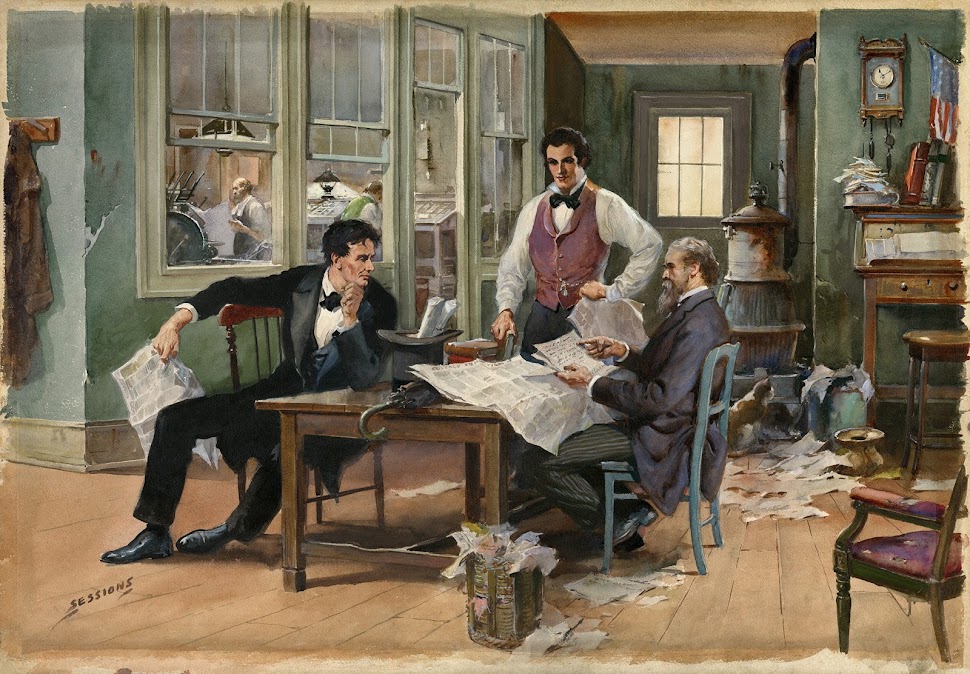 On February 28, 1860, Lincoln delivered the Cooper Union speech in which he elaborated views on slavery affirming that he did not wish it to be expanded to the western territories and claiming that the majority of the Founding Fathers would agree with this position. This stance was in direct rebuttal to Senator Douglas’s most recent stance that the Founding Fathers favored popular sovereignty, under which settlers in each territory decided their own status as a salve or a free state.

When Medill and Ray finally read Lincoln’s speech, they noticed that nearly all of their advice and alterations were absent. Ray said “old Abe must have lost out the car window all our precious notes …”