Fighting on Both Fronts

This year marks 100 years since the United States entered World War I. To commemorate this important event in our history the McCormick Foundation and WTTW partnered to present to the people of the region a series of five vignettes titled Chicago World War I Moments. This series highlights the many roles of Chicago and Chicagoans in the “war to end all wars.” 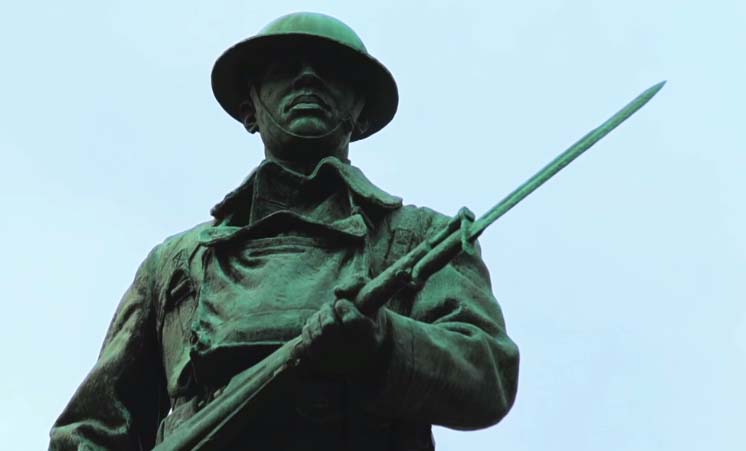 Out of this project surfaced a remarkable, untold story of the 370th Infantry Regiment, one of the only African-American regiments that fought in combat during WWI. Fighting On Both Fronts: The Story of the 370th, a documentary produced by WTTW with the Foundation’s support, first aired on November 11 and tells the story of the nearly 3,000 unsung heroes, largely from Chicago’s Bronzeville neighborhood, who fought in combat during WWI. They were men who believed that if they fought for the principles of democracy overseas it would translate to equality for them back home – equal rights, equal treatment, and equal opportunities. Fighting proudly alongside French troops, the 370th had distinguished themselves in battle. The irony, however, was that they faced the racist policies of the American military itself, and when returning home, the hero’s welcome they received was short-lived, as the warriors of the 370th faced deep racism at home.

View the whole episode to learn about a group of men whose bravery and accomplishments have been long overlooked.