Small business owners know the necessity of networking: Mixing with other entrepreneurs, swapping business cards and sharing ideas can make the road to success a little more even and a little less lonely. But a global pandemic changes everything.

“Before COVID, we would host a happy hour event at a local business, provide refreshments and tell everyone to bring business cards,” said Felicia Slaton-Young, the co-founder and executive director of the Greater Englewood Chamber of Commerce. “There’d be music and networking, and we’d also make time for everyone to introduce themselves, give a one-minute pitch and say what they want to achieve from the event.” 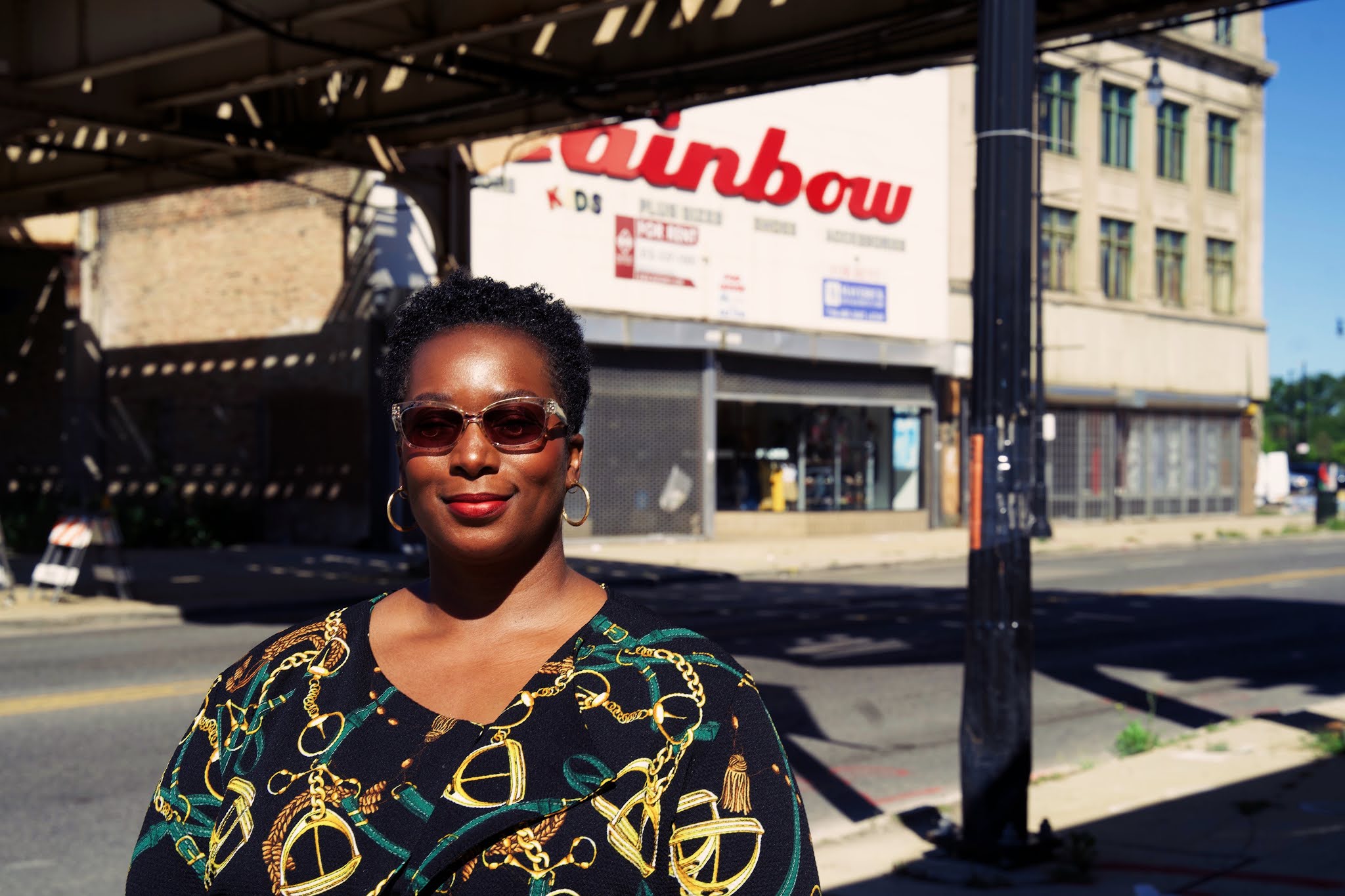 Everything has been different this year, noted Felicia, who established the Chamber in 2015 and has grown it to more than 50 members, largely through canvassing business corridors and networking. The pandemic was this year’s first blow to Englewood businesses, many of which are restaurants whose revenues plummeted during weeks of sheltering-in-place.

“We learned that small businesses were not prepared for a catastrophic event,” Felicia said, adding that many of the Chamber members are older owners who lack computer skills – or the computers themselves – necessary to navigate websites, complete applications and access crisis resources. “Our technical assistance calls went through the roof,” she said.

Adapting to the crisis meant that Felicia got “really clear” on where the gaps were for small businesses in her community. “We went from everything being roses and sprinkles around networking events, to helping people figure out how to fight for their business and avoid bankruptcy,” she said. “Our adaptation was to have hard conversations” with owners to encourage them to pivot, find ways to generate new revenue, and refuse to let their businesses slip away.

As COVID-19 ravaged her community, with a disproportionate infection rate for African-Americans, she organized virtual, weekly check-ins, open to any business owner. The calls were often emotional, but reinforced the necessity of a strong network, allowed her to reiterate information she shared in email messages, and gave her insights on what was working for folks and what wasn’t. Then, the second blow happened to Englewood. Following the murder of George Floyd in Minneapolis, civil unrest and looting left scores of Englewood businesses damaged and without inventory.

“That’s when I found a purpose for our foundation,” she said in reference to the GE Chamber Foundation, the non-profit arm launched in 2015. The Foundation’s board had long wanted to offer capital support for area businesses, but hadn’t set a process. When riots erupted on May 31, Felicia saw the devastation up close. The next day, she began organizing clean-ups of Englewood commercial corridors, including the popular intersection at 63rd and Halsted streets, where Whole Foods, Starbucks and AT&T are among the retailers of Englewood Plaza. Her mass email message soliciting funds to help damaged businesses caught the attention of the Joseph and Betsy Feinberg Foundation, which pledged $250,000 to the effort. Felicia invited donors to match that gift, and the Robert R. McCormick Foundation answered the call to support the restorative work.

“What they (donors) are allowing our organization to do is to help really small businesses through a very tough period. That financial support really helps us build on each business’ sustainability. Now, we know that without this capital support, many of these businesses would be closed. There’s no doubt about it.”

The funds “pivoted the Foundation from programming to focusing on COVID response, financial response and repair support for the businesses, so that they could pay their bills, could pay their people and could buy supplies,” Felicia said.

One business that has been helped so far is Tess’s Place Style Shop, a Black-owned hair salon and beauty supply store, which had been vandalized and completely looted. “She remained open, even with broken glass,” Felicia said. “We got her repairs done and gave her some capital, and she was able to replace all lost inventory and take care of expenses. That helped her and her business tremendously.”

Support local organizations like this one and have your gift matched by donating to the McCormick Foundation Communities Program.

The Robert R. McCormick Foundation and Cantigny Park recently named Krewasky A. Salter, Ph.D., executive director of the First Division Museum in Wheaton. Salter, a U.S. Army Colonel (retired), brings more than 34 years of experience to the museum, with 25 years gained in active military duty. He served as a senior staff officer at the Pentagon before retiring from the military in 2010. Most recently, Salter was a guest curator at the Smithsonian Institution’s National Museum of African American History and Culture (NMAAHC). He curated the museum’s inaugural exhibition, Double Victory: The African American Military Experience . The exhibit opened in late 2016. He is also serving as curator of an upcoming exhibition, We Return Fighting: The African American Experience in World War I , scheduled to open in December 2019 at the NMAAHC. “Krewasky’s experience as an Army officer, teacher and scholar of military history and museum curator, made him an ideal choice for this leadersh
Read more