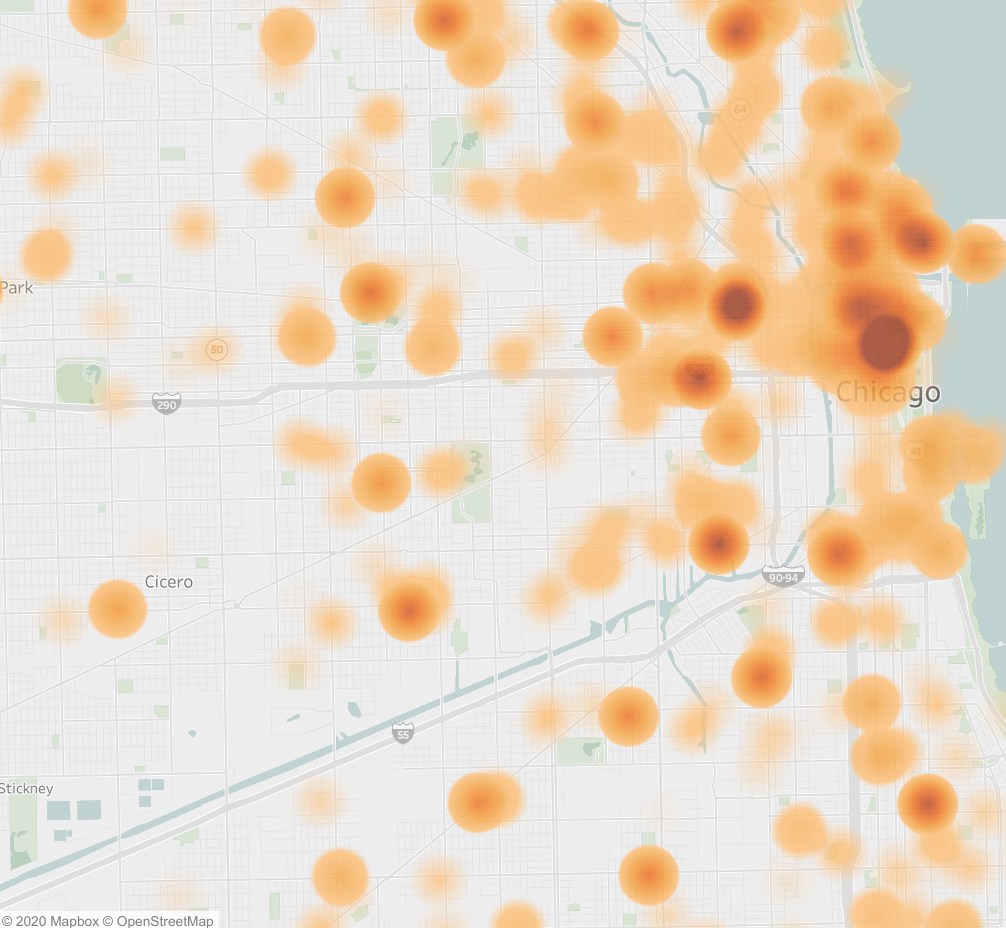 In the Democracy Program, we envision a day when all residents of the Chicago region will be informed and engaged citizens. To achieve this goal, we need to ensure there is sufficient high-quality, civically relevant, and personally resonant information available to each resident of our region.

A new study by the Center for Media Engagement reveals topical and geographic gaps we need to fill in our information ecosystem to achieve this vision. It builds on earlier work and shows how these gaps align with low community confidence in the local news media.

Researchers collected all articles published on the websites of 21 local news organizations over a two-week period. They then mapped the locations mentioned and the topics covered in each article. The research revealed a geographic imbalance in local news coverage. Chicago’s North Side and Downtown are mentioned more than twice as much as the South Side and more than five times as much as the West Side.

Furthermore, the researchers found that coverage was dominated by stories about crime, entertainment, and politics. A quarter of all stories mentioning the West Side and nearly a fifth of all stories mentioning the South and North Sides were about crime. On the West Side, there were four times more stories on crime than on health and six times more stories than on education.

Crisis of community confidence in news

These findings are jarring, though perhaps not unexpected to anyone who has been following the trajectory of news media organizations over the last decade plus. The decimation of outlets’ reporting ranks has hollowed out their capacity to report on civically critical news residents need and want. 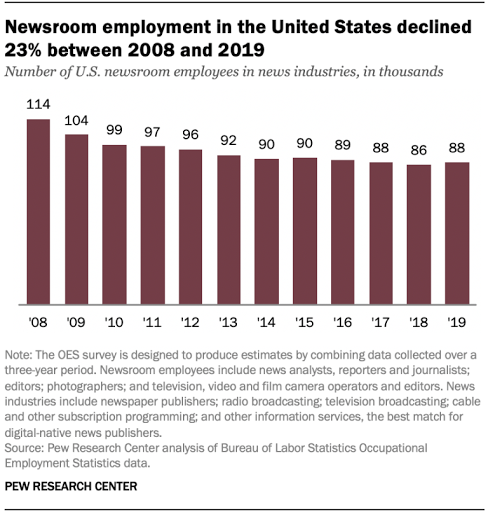 The Center for Media Engagement’s 2017 survey of Chicagoans’ news interests surfaced a robust list of civic issues that people thought were important to their communities. Yes, public safety and law enforcement are at the front of people’s minds, but so is housing, the economy, transportation, education, and the environment. However, crime is the only topic among the top five topics of interest and the top five topics covered.

This mismatch between interests and coverage helps explain the rather dismal media report card the 2017 survey returned. At that time, only a third of Chicagoans responded that the local news media were doing a good or very good job covering the issues most important to their community. And only about 40% of South and West Siders thought news stories about their neighborhoods did a good job of showing what is going on (compared to more than 60% of North Siders).

The geographic imbalances in coverage align (too neatly) with how confidence in news media breaks across regional lines in Chicago. And the topical focus on crime, politics, and entertainment, perhaps at the expense of covering other issues, limits the ability of the local information system to serve all the region’s residents.

Put another way, how can we expect residents of Chicago’s South and West Sides to engage with traditional media organizations if the information served is mostly about one part of the city and limited in scope? Reading this report, it’s less surprising that people on the West Side are more likely to turn to social media than residents of the North Side. And with the well documented threat of disinformation on social media, this has profound consequences for civic engagement.

In the Democracy Program, we have some cause for hope. In light of this report, we reached out to the outlets included in this analysis (and several not included) to initiate a conversation about how we can create a more inclusive information ecosystem. Many of the outlets with which we have shared this report responded positively to the challenge of filling some of the topical and geographic gaps described. There is a willingness among several newsroom leaders to strengthen local media’s civic service, but this is by no means universal.

What is universal is the financial challenge of shifting how local media works in an era of ever tightening resources. To this challenge, the McCormick Foundation is responding with grants and technical assistance to support how newsrooms center communities in their work. We are also partnering with other Chicago-based foundations to help grow the number of individuals and institutions investing in journalism to increase the resources available for local media in our hometown.

We are also finding hope in entrepreneurial initiatives to better meet the information needs of Chicago’s South and West Side communities. A noteworthy example is The Cord, a project launched by City Bureau and maintained by the Chicago Birthworks Collective to deliver news and resources directly to pregnant women. They were responding to the terrible reality that Black women in Illinois are six times more likely than white women to die of a pregnancy-related complication.

Another effort to meet the needs of communities left out of our local media narratives is the recently announced free, twice-weekly newsletter (sign up here) for West Side residents produced by Austin Weekly News and Block Club Chicago.

Finally, ABC7 Chicago offers an example of how local broadcast news can plug topical gaps in coverage. Earlier in 2020, the station dove into housing on their Building a Better Chicago series. Housing is one of the top issues Chicagoans said was most important to them. However, reporting on housing made up only 7% to 9% of coverage during the period analyzed. A series of ABC7 stories investigated the crisis of affordable housing, explored solutions being tested, and profiled some successes. Given that television remains Chicagoans’ top source for local news (especially on the South Side), this deeper coverage is an exciting model for how to offer a more balanced information diet to consumers.

ABC7, Austin Weekly News, Block Club, and City Bureau offer helpful models for how nonprofit and for-profit outlets, across media platforms, can work to help local news fulfill its civic mission. More work like this is needed to ensure our information ecosystem empowers all people to be fully engaged and informed participants in our democracy.