Getting the Word Out

The best way to enhance your child's development, simply put, is to talk with them. Dr. Dana Suskind, founder and director of the Thirty Million Words (TMW) initiative recently released a book, Thirty Million Words: Building a Child's Brain that discusses the importance of early exposure to language in a child's development. The book provides an engaging and informed account of Dr. Suskind's experience as a pediatric cochlear implant surgeon, highlights emerging early childhood research and outlines three simple tools, known as the Three T's, that every parent and caregiver can us to enrich their child's language environment. The Three T tool kit includes:

It's no secret to speech/language and hearing professionals that children's early language environments are critical to their speech, language, and academic outcomes. However, it wasn't until 1995 when Betty Hart and Todd Risley released a groundbreaking study that spotlighted the extreme disparities of language development among high-income and low-income families. The study revealed that by their fourth birthday, children from high-income families heard over 30 million more words than children from families on welfare. This “30 million word gap” is simply a metaphor, relating not just to quantity of words but to quality, as well. Hart and Risley’s research found that children who heard less words also heard harsher, more prohibitive speech, less complex vocabulary, and less conversational give-and-take. Their follow-up studies showed that this difference in early language environment impacted vocabulary development and ultimately, I.Q and test scores in 3rd grade.

Dr. Suskind's new book translates the science of early brain development in an accessible way to help reinforce the importance of early language input and to illustrate that "parent talk" is the most powerful tool for building a child's brain, beginning at birth, and sending them to school ready to learn. Additionally, the book highlights the policy implications that suggest a greater focus on early childhood development is critical in narrowing the achievement gap. 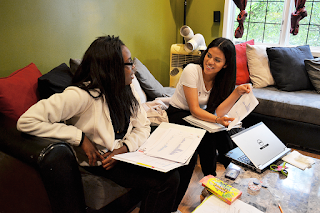