Have you used the Chicago 311 Call Center recently? In January 1999, Chicago implemented the 311 system to enhance access to all city services and to decrease 911 calls for non-emergency police services. The system centralized satellite call centers so that citizens did not have call several different departments to reach the services that they need. 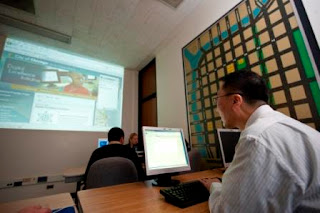 Fast forward to 2015, after a series of meetings with staff from the Mayor’s Office, the Advisory Council on Veterans Affairs for the City of Chicago welcomed the news that the city would enhance the 311 intake assessment to better identify military veterans and active duty service members so they could be directed to specific resources and services. On June 24, 2015 Mayor Emanuel’s office announced that residents who call 311 to request a range of services, including homeless prevention, employment services, senior well-being checks, emergency food, and crisis referral services, will be asked by a 311 operator if they are a veteran or active duty service member. This simple question allows the city to more effectively target and allocate resources to support veterans and active duty services members in Chicago.

Victor Lagroon, Chair of the Mayor’s Advisory Council on Veterans Affairs said, “for generations Chicago has given its best and brightest whenever our nation has called. Many returning veterans have struggled to gain access to needed services in a timely manner. We applaud the City of Chicago for launching this much needed initiative. Important steps like this will ensure that fewer veterans and their families will find themselves without much needed resources and support.”

Click here to read more about this important initiative.